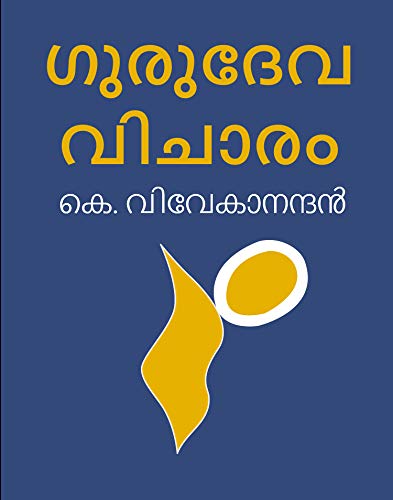 Kindle Edition
by Vivekanandan K (Author)
"I have nothing more to say than what Shankara has said" with these words the Guru, Sree Narayana Guru, indirectly hinted that his philosophy is nothing but Advaita.
The Advaita Philosophy, he accepted and interpreted not as a part of Hinduism but as a universal philosophy based on Universal fraternity or brotherhood, Monotheism and Sense of oneness.

The great Advaita Philosophy, first presented to us by Adi Shankara, later got encapsulated in Hinduism and was interpreted as non-duality of Hindu gods and goddesses. The true sense and vastness of the reach of Advaita Philosophy was thus shrunk, made and was proclaimed as a division of Hinduism. Charvaka or Lokayata, Buddhism, Jainism and even Sikhism all originated as a revolt mainly against the duality, by giving much importance to the oneness and universal brotherhood, are now treated as one or the other branch of Hinduism only. Sree Narayana Guru fought against the discriminations and injustice that prevailed in the caste-ridden society of Kerala mainly among the Hindus and the weapon he used is Advaita, which is the core of Indian Philosophy from the Vedic days or even before. Sree Narayana Guru, through his words and deeds, showed the true spirit of Advaita and taught everyone to follow this Advaita in their daily life. He advocated Universal brotherhood or fraternity not among various divisions of Hindus, but among the various groups of people. He talked about the Monotheism and not the non-duality of the Hindu gods and goddesses. He wanted to create an awareness of ‘oneness’ among people that everything is part of the one and there is nothing to point out as second one. That was the true Advaita; considering the whole world or universe and everything within and outside as one. I or you or he or she or it is not at all separate but is part of the same one.

This Advaita Philosophy was the core spirit of India and the same was hidden in the early teachings of Hinduism also. It was first unearthed by Adi Shankara and after another thousand years Sree Narayana Guru presented it, in simple words and through daring examples, to ignite a great social revolution in Kerala through social reforms. This book is an attempt to find the origin of this Advaita Philosophy in early Indian philosophy and how Sree Narayana Guru used it effectively in his words and deeds for the human posterity.

In recent years once again the minds of the people, especially in India, has started shrinking further. Present day teachings are aimed to make a person to think more narrow-mindedly and equip one to see very thing as dual. It is only by advocating the Advaita Philosophy, worldwide, we can save our nation and the whole world. Understanding the teachings of Sree Narayana Guru, practicing and spreading it among people and nations have become more important and inevitable in this changed dangerous situation.

Mahakavi Rabindranath Tagore said "I have never seen one who is spiritually greater than Swami Narayana Guru, of Malayalam nay a person who is on a par with him in spiritual attainment. I shall never forget that radiant face illumined by the self-effulgent light of divine glory and those mystic eyes fixing their gaze on a far remote point in the distant horizon”.
Posted by Bridge-India at 11:20
Email ThisBlogThis!Share to TwitterShare to FacebookShare to Pinterest
Labels: Advaita, K. Vivekanandan, Malayalam Ebook, Sree Narayana Guru